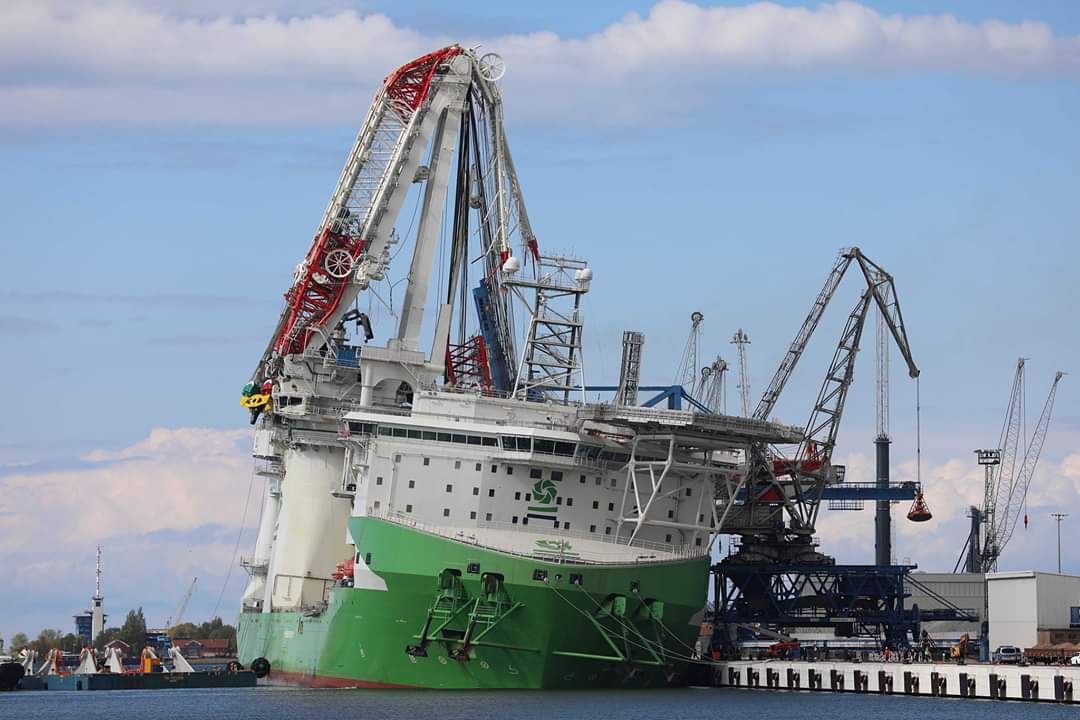 A heavy-lift crane installed on offshore installation vessel Orion has collapsed while undergoing load tests at the Liebherr construction yard in Rostock, Germany.

The Orion is under construction and owned by COSCO (QIDONG) OFFSHORE CO. LTD.

COSCO is expected to deliver the DP3 vessel to DEME NV in the second half of May.

Several persons reportedly suffered minor injuries in the incident, with two requiring hospital treatment. 120 people were reported to be on the vessel at the time of the accident.

It has been reported that a special rope access rescue team was brought in to help free people trapped in the wreckage and that significant ammounts of oil had leaked.

Several ambulances and a police helicopter were seen near the vessel.

Orion arrived in Rostock to undergo the installation of the Liebherr HLC 295000 crane in November 2019. The crane was installed at the end of February.

The crane has suffered significant damage. The extent of the damage to the crane and the vessel will be investigated in the upcoming days and weeks, according to DEME.

Upon delivery, Orion was scheduled to travel to Scotland to start installing jacket foundations on the 950 MW Moray East offshore wind farm.

Saipem to Pay Up for Overtime Work Violation on Rig

GC-MS used to be restricted to laboratory use - but not anymore!